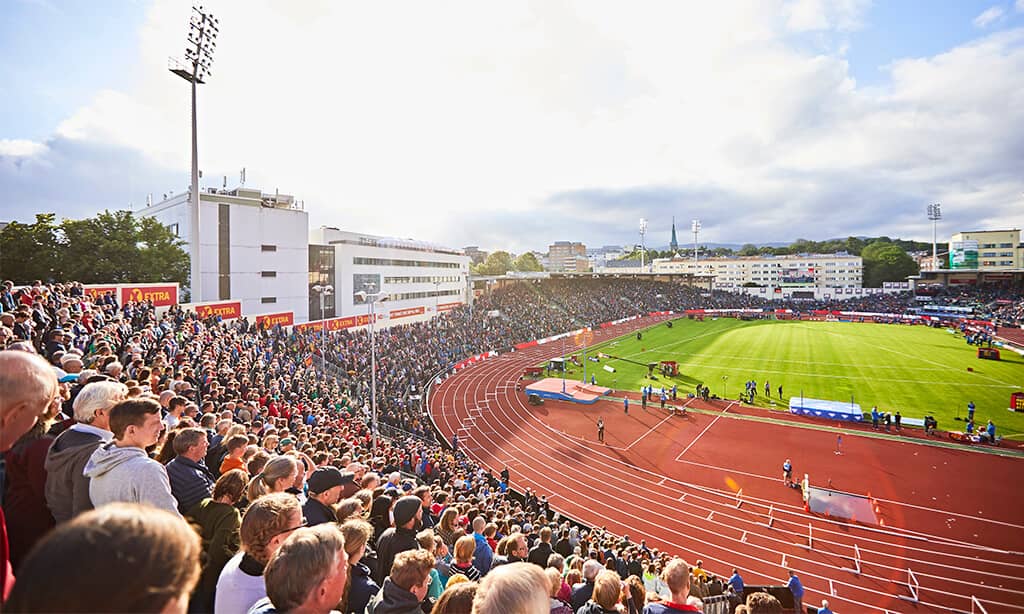 This year’s IAAF Diamond League event in Oslo – which was held on Thursday 13th June and transmitted to 163 countries worldwide – was the first year with TicketCo as the organiser’s ticketing partner.

The event sold out at record speed. The organiser was still anxious about the entry, and were concerned about queues due to previous experiences at the mid-city stadium surrounded by trams and traffic at every angle.

When more than 14,000 spectators enter the busy Bislett area by foot an early Thursday evening, the risk of a traffic jam is severe.

They did not need to worry.

”I can’t remember that we’ve ever experienced anything as flawless as this year’ entry the previous years. The difference from last year was immense,” says Head of security at the IAAF Diamond League Bislett Games, Vegard Henriksen. 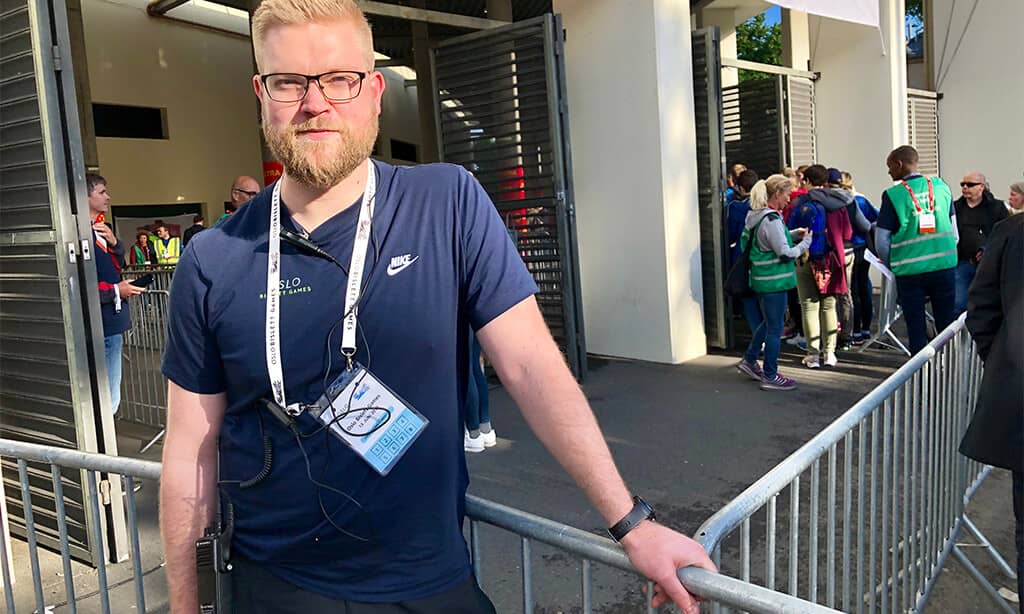 He was more than pleased with how the entry to this year’s event was executed.

“We had no major issues, neither on our side or among the ticket holders. The few minor challenges that occurred during the event was handled there and then by the onsite and highly skilled TicketCo staff,” he adds.

The capacity at this year’s Bislett Games was 14,200, and the event was sold out in advance. There were tree gates, and the gates were serviced by a total amount of 14 hand held scanners – all operated by volunteer staff members.

High speed at the gates

“Last year we had serious trouble with the ticket validation, and at one point the queues outside the stadium were so long that they were blocking the traffic. To solve this we eventually had to bypass the whole scanning operation, and just pretend we did a proper ticket validation,” Mr Henriksen admits.

“After having experienced how smooth our pre-sale ran with TicketCo, we had high hopes for the entry this year. And I can honestly say that all our hopes were fulfilled. The speed at the gates was high, and at no point were there queues outside caused by us,” he adds. 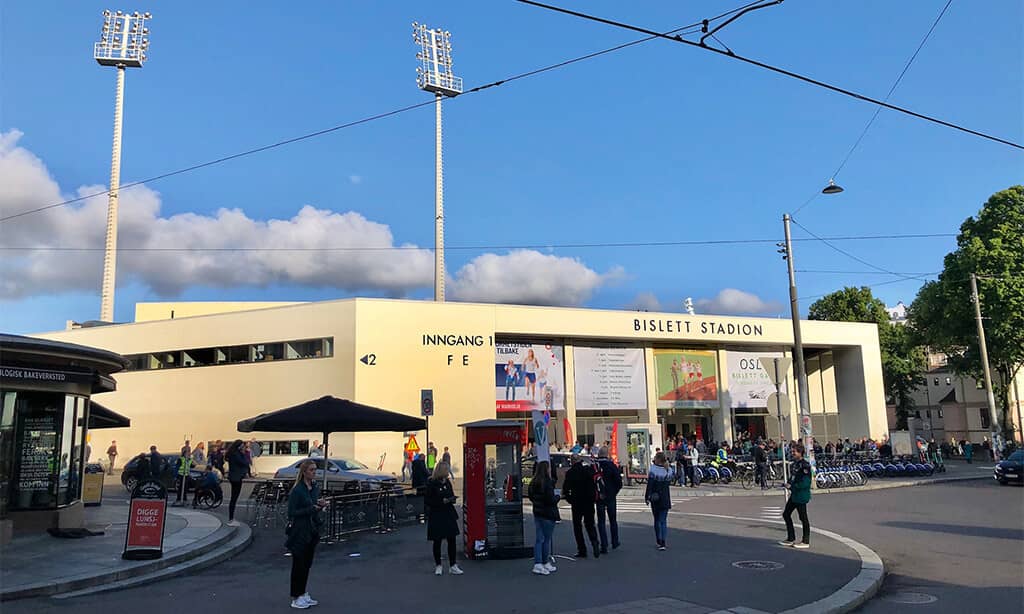 This year’s TicketCo service at Diamond League Bislett Games was done as a one year trial, to enable the organiser to experience how the system worked before committing to a longer term. It did not take them long to decide to continue the partnership.

“Two weeks ago I was in Oslo along with a member of our Customer Success team to secure this years Bislett Games. Last week I was back, having the pleasure to negotiate a four year deal with this great organiser. We are thrilled to be a part of one of Europe’s most important elite track and field athletic competition for the next four years,” says Country Manager of TicketCo Norway, Dag Frode Algeroy. 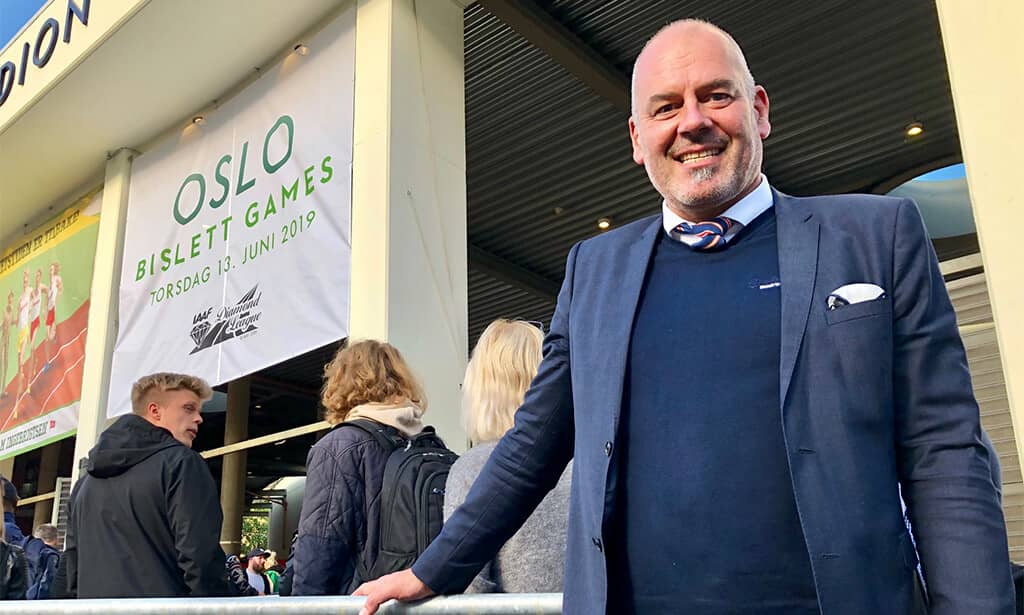 An easy decision to make

Marketing manager Anne Mette Undlien Haug of the Bislett alliance is equally pleased to having the ticketing for the next four years secured.

“This was an easy decision for us to make after a very positive one year trial. It was important for us to try the system ourselves before committing us to TicketCo for several years, even though our impression was good ever since our first meeting. We wanted to experience that everything ran as it should, and it sure did,” she claims.

YOU MAY ALSO READ: Ticket rush for IAAF Diamond League in Oslo

During the event Mrs Undlien Haug experienced a far better insight than in previous years.

“We had access to real time reports, and was able to see not only how many attendees were inside at any given point in time, but also who. Considering our hospitality obligations towards our partners, this was really useful data for us to achieve,” she says.

“We have never had access to this kind of data before, and we see that this will be useful for us also for the planning of next years event” she adds.

5.5 seconds per entry at the fastest

The gates at Bislett opened at 5pm at the 13th of June, and during the first hour 3,419 attendees entered. The busiest time during this hour was the last ten minutes, and the busiest minute was 17:53 to 17:54 – with 92 tickets scanned. This equals one entry every nine seconds at each of the 14 scanners.

By 8pm 13,844 out of the 14,200 attendees had entered, and the speed at the gates naturally declined. Still there were 333 attendees cleared between 8pm and 9pm, followed by 18 latecomers who arrived past 9pm. The last two of these were cleared at 21:42.

How to calculate your scanner needs

With the expected attendee arrival time spread upon several hours, the IAAF Golden League Bislett Games differs from football matches – where the gates normally opens an hour before match starts and the majority of the attendees show up during the last 30 minutes. “When setting up sports events, there is several issues to consider to ensure smooth entry for visitors. Number of gates, number of scanning devices and the skills of those operating these devices are the three most vital ones to avoid queues and secure smooth entrance,” says Dag Frode Algeroy. To calculate how to scale a football match with the expectancy of 15,000 attendees, he uses the following example:

“Besides having the right number of scanners and skilled staff, remember that the security checks should always be done prior to the ticket validation. This takes the pressure off the validation point, and it enables the security team to instruct the ticket holders on how to prepare for the validation. It is not the scanning itself that takes time, rather the fumbling with printed or digital tickets when the should have been ready for validation,“ Mr Algeroy finishes.

Validation running flawless at the gates 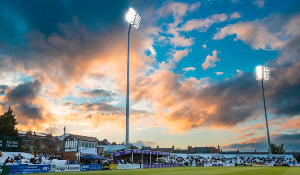